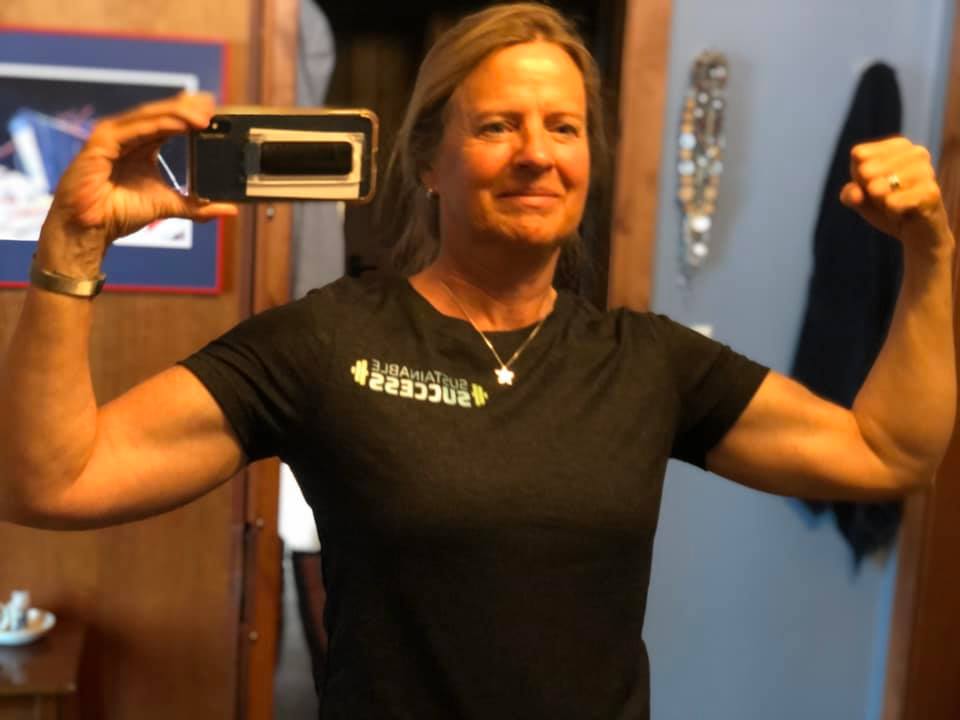 At time of this writing (COVID 19), I have been training clients virtually, using zoom technology, and largely TSC protocol.

Rosie and I have been Facebook friends for years, but had never spoken or met in person.  We became Facebook friends due to shared interests, including physical fitness.  She had previously stated that if she lived closer, she would have liked to try my exercise instruction services.

She happened to see that I was to begin “virtual” training, and as her facility was also “locked down”, decided this was an opportunity to have me work with her.  I was very pleased the other day, when an unsolicited testimonial showed up on my Facebook page:

“Feeling stronger every day! Because my usual gym was closed due to COVID-19, and even though I live in the US, I’ve been doing Zoom training sessions with Richard and am feeling great! I love his methodology, his attention to detail, and the fact that he logs each session. I was worried I wouldn’t have sufficient equipment to do sessions from home but he’s been super accommodating in creatively working with what I’ve got. I heartily recommend Richard’s training services to anyone! Thank you, Richard, for helping me stay on track!”

As always, while very appreciative for the kind words, I have to acknowledge that much of the credit for great results comes from the amazing effort that clients like Rosie put into really pushing themselves in each and every exercise.

When I first started to train people, I feared that some would not buy into truly putting “high intensity” into their workout, and training to “absolute muscular failure”, which is nothing less than brutally hard work. (the bad news:  it’s very hard; the good news: it is brief, infrequent and SAFE)

I have been very pleasantly surprised however, that people actually enjoy, “doing their very best”….

I believe there is something truly fulfilling about pushing to your limits, whether it is in exercise or in other areas of life.  I once gave a talk that suggested that the secret to happiness could be summarized in three simple words, “Do Your Best!”  The reason I believe this to be true, is because, in my not so humble opinion, people truly want to be the best they can be.  They may often procrastinate on doing so, but once they get a taste of it, enthusiasm soon sets in.

For me, as previously stated, I am continuously motivated by being exposed to excellence in action, which is why helping people with their health and fitness goals is so rewarding!

For more information on how to join this elite group of achievers: